In 2018, Kaspersky Lab detected and prevented activity by malicious objects on almost half of Industrial Control System (ICS) computers protected by the company’s products and defined as part of an organization’s industrial infrastructure. The most affected countries were Vietnam, Algeria and Tunisia. These are some of the main findings of the Kaspersky Lab ICS CERT report on the industrial threat landscape in H2 2018.

Malicious cyber activities on ICS computers are considered extremely dangerous threats as they could potentially cause material losses and production downtime in the operation of industrial facilities. 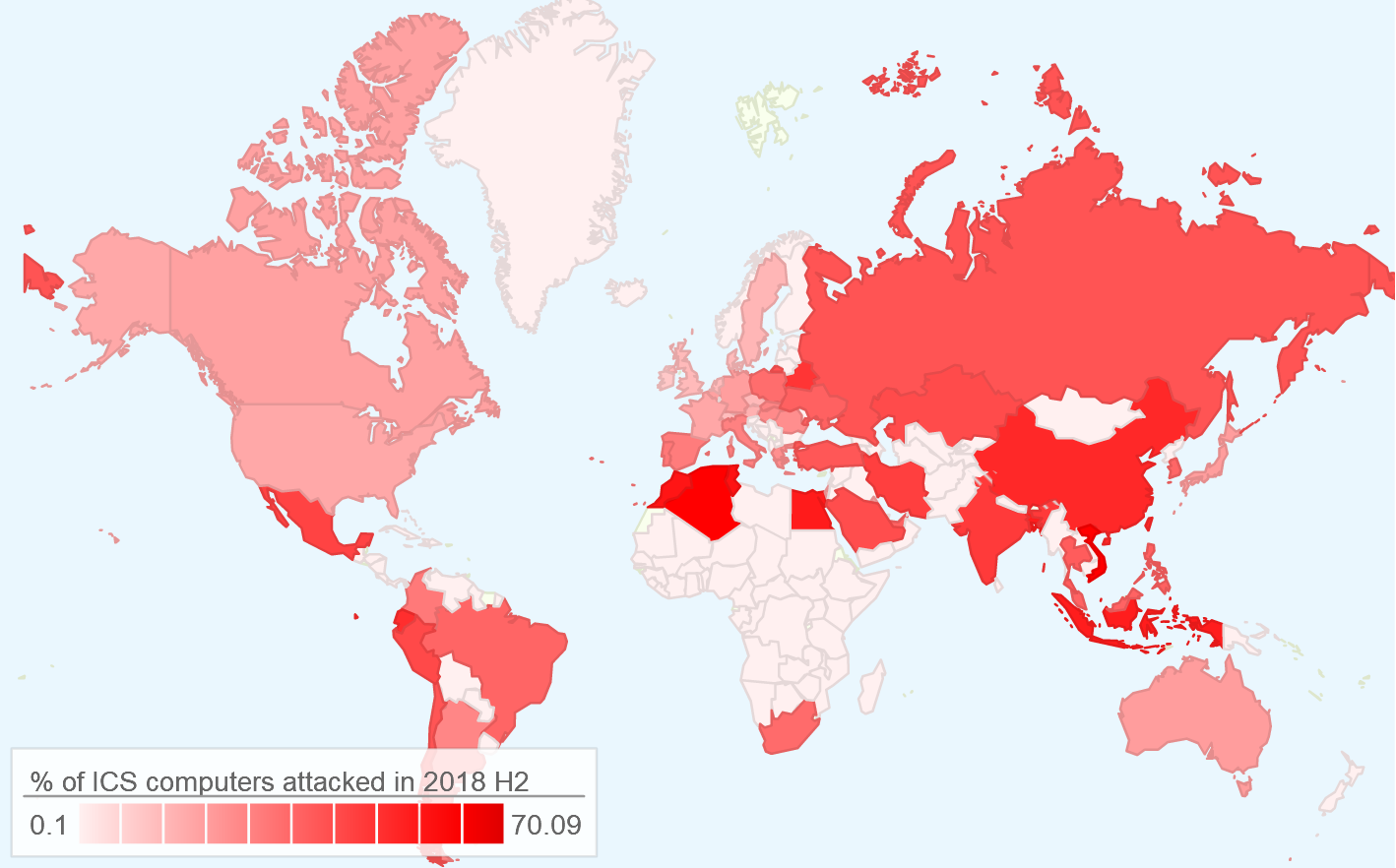 “Despite the common myth, the main source of threat to industrial computers is not a targeted attack, but mass-distributed malware that gets into industrial systems by accident, over the internet, through removable media such as USB-sticks, or e-mails. However, the fact that the attacks are successful because of a casual attitude to cybersecurity hygiene among employees means that they can potentially be prevented by staff training and awareness – this is much easier than trying to stop determined threat actors,” said Kirill Kruglov, security researcher at Kaspersky Lab ICS CERT.

ICS Threats in Southeast Asia and the Philippines

Globally, Southeast Asia is the second top region with the most proportion of ICS computers on which malicious objects were detected and blocked by Kaspersky Lab at 57.8%.

In the region, the Philippines ranked fourth with the most ICS infections that were countered by Kaspersky Lab at 41.6% in the second half of 2018. According to Kaspersky Lab, the top main sources of threats for computers in the industrial infrastructure of organizations in the region are the internet, removable devices and email attachments.

“Regardless of industry, businesses will always have to deal with human error. But it will be more pronounced and threatening for industrial companies responsible for manufacturing and critical operations. From a technology standpoint, it’s worth noting that traditional IT security solutions will no longer be enough to protect industrial networks from these threats. ICS decision makers should now aim for a “True Cybersecurity” which covers four key stages of attacks – predict, prevent, detect, and respond.” said Yeo Siang Tiong, General Manager for Southeast Asia at Kaspersky Lab.

Kaspersky Lab is a global cybersecurity company, which has been operating in the market for over 21 years. Kaspersky Lab’s deep threat intelligence and security expertise is constantly transforming into next-generation security solutions and services to protect businesses, critical infrastructure, governments and consumers around the globe. The company’s comprehensive security portfolio includes leading endpoint protection and a number of specialized security solutions and services to fight sophisticated and evolving digital threats. Over 400 million users are protected by Kaspersky Lab technologies and we help 270,000 corporate clients protect what matters most to them. Learn more at https://www.kaspersky.com/.