Top 10 Cheap And Potential Crypto To Invest In 2021

The top cryptocurrencies are attracting investors looking to diversify their portfolios. Now many growing companies are accepting cryptocurrencies as legitimate means of payment, now is a good time to invest in cryptocurrencies based on your budget. Here’s a guide to help you figure out which coins are the best to invest in now. Here are some inexpensive coins that appear to be decent investments in 2021, as there are a lot of choices for the cheapest Altcoins with potential. Although Bitcoin remains the most popular cryptocurrency, there are many others on the rise that smaller investors should consider. Here are ten Bitcoin alternatives to consider.

If you’re really looking for a cheap cryptocurrency, VeChain might tickle your fancy. Even at the present price level, an escalation of the selling will expose tenacious VET investors to significant losses. As a result, in order to improve short-term portfolio stability and secure a lucrative future, it is preferable to let the digital asset liquidate the last of the weak holders, bringing price structure clarity. VeChain, which is the currency for the impressively named VeChain Thor Blockchain, is used to transfer value across the network. The VeChain Thor Blockchain was designed specifically for supply chain management and business processes through the use of distributed ledger technology. 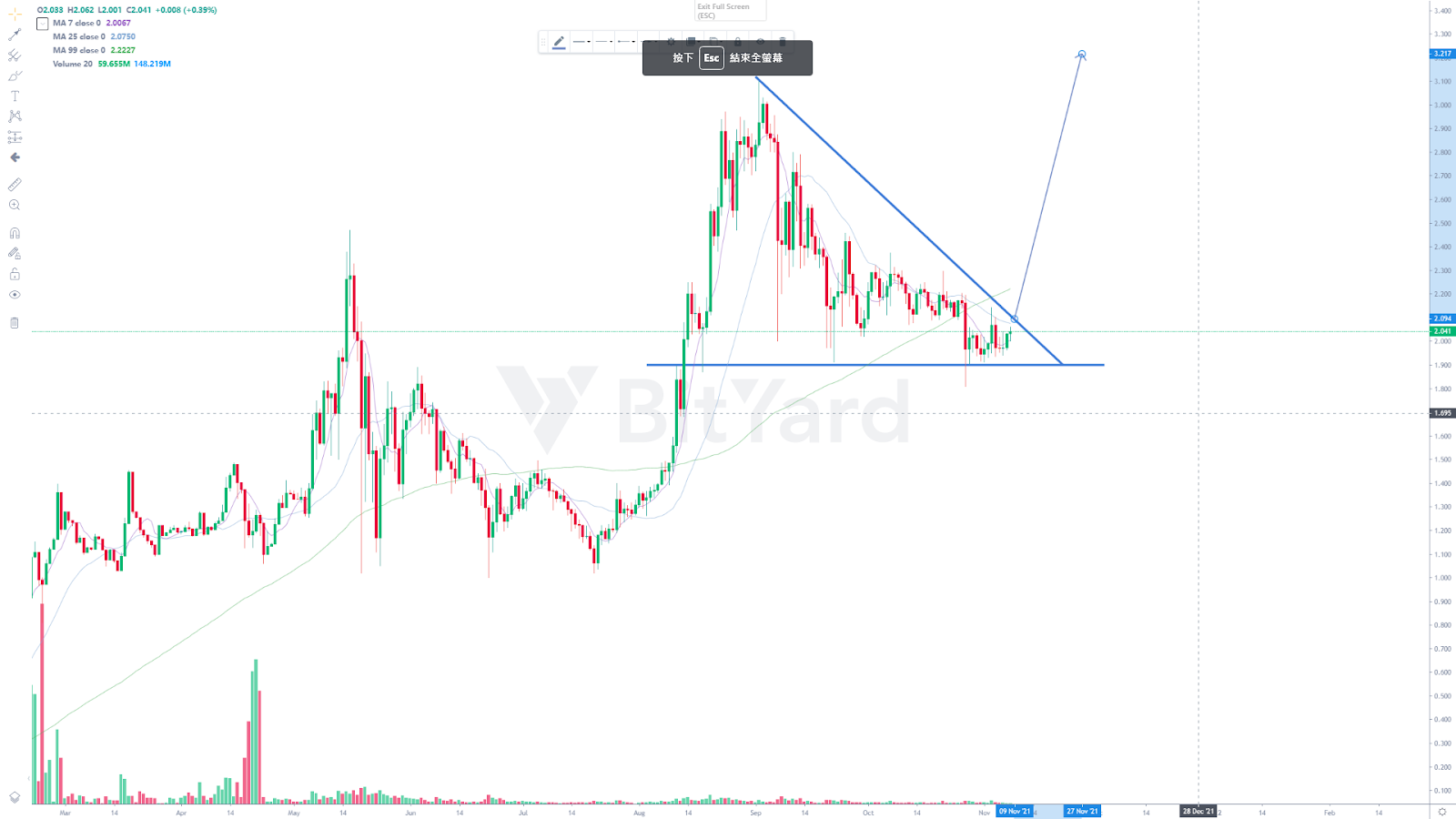 Because of its flexible network and fast transactions, Cardano is expected to remain one of the most popular cryptocurrencies. Charles Hoskinson (co-founder of Ethereum) developed Cardano. Scalability, interoperability, and sustainability are among its chief selling points. The recent update finally brought the ability to build smart contracts on Cardano’s network. Cardano has always been a venture that takes its time and accomplishes things gradually. This price increase is due to a recent update that added the ability to build smart contracts, allowing developers to begin working on dApps, several new cryptocurrencies, and the DeFi field. This coin also has low transaction fees and a strong development team working to fully decentralize the project. Developers can now start working on dApps, new cryptocurrencies, and even the DeFi sector thanks to smart contracts.

After a shady past, this coin has resurfaced thanks to Elon Musk’s moniker as the “Dodgemaster.” Nobody expected this meme coin, which was created in 2013, to become legit, let alone to be included in the top list of cryptocurrencies. DOGE, the coin that has risen to prominence earlier this year, thanks to Elon Musk, is the cheapest cryptocurrency to purchase in 2021. Dogecoin is currently one of the cryptocurrencies that many analysts consider to be a viable investment option. The cryptocurrency has been on a ride over the past four months, returning more than 8000 percent so far in 2021. The controversial cryptocurrency has surpassed the Rs 50 mark, bringing its market capitalization to an all-time high of $80-billion.

Uniswap is an Ethereum-based DApp that enables users to trade Ethereum tokens via liquidity pools. Uniswap has two main services: delivering and utilizing liquidity. Uniswap was released in the DeFi framework, and the UNI coin was released in 2020. Hayden Adams, a former Siemens mechanical engineer, founded Uniswap on November 2, 2018. Via the use of smart contracts, the protocol allows for automatic transactions between cryptocurrency tokens on the Ethereum blockchain. Despite its infancy in the market, the UNI coin has already reached major milestones, and it is now one of the DeFi coins to enter the top race. Since Uniswap was recently positioned as the first decentralized exchange to enable margin and leverage trading, market analysts believe this price is below its expected potential growth.

Chainlink’s decentralized oracle network offers tamper-proof inputs and outputs for complex smart contracts on any blockchain. The market capitalization of LINK has recently surpassed $20 billion. Chainlink has now consolidated its place as the 11th most valuable cryptocurrency on the Coinbase list as a result of this step. Chainlink integrates third-party data into smart contracts. Smart contracts on Ethereum will now respond to other asset rates, global events, and API calls. Smart contracts are made even smarter with Chainlink. Chainlink (or Link) is a cryptocurrency and oracle network that provides real-world data to blockchain’s. It is one of the primary data sources used to feed information to decentralized finance applications. Chainlink was founded by Sergey Nazarov in 2017.

Polygon is Ethereum-compatible blockchain interoperability and scaling platform. The MATIC token, which is utilized for governance, staking, and gas costs, remains central. Polygon is a framework for creating blockchain networks that are interlinked. It uses a revolutionary sidechain solution to overcome some of Ethereum’s major shortcomings, such as throughput, bad user experience (high speed and delayed transactions), and lack of community control. The Ethereum layer, security layer, Polygon networks layer, and execution layer are the four layers that makeup Polygon’s architecture. The Polygon project is one of the more recent attempts at blockchain interoperability and scaling, and it aims to alleviate some of the apparent constraints of projects like Polkadot and Cosmos.

The smart contract platform claims to be able to execute millions of transactions per second while also eliminating transaction fees. EOS provides secure access and authentication, permissions, data hosting, use control, and dApp-to-Internet connectivity. Although EOS has considerable promise, Ethereum is its major rival and is now more popular.

BitTorrent currency (BTT) is a cryptographic token that was created as an extension of the BitTorrent protocol. The BTT coin’s cryptocurrency platform is being developed in order to expand the protocol’s capabilities. The BitTorrent team, for example, is working to make the infrastructure ideal for third-party dapp developers, value exchange, and secure and fast decentralized data storage.

The Basic Attention Token addresses the digital ad industry’s endemic inefficiencies and privacy abuses. In such a tumultuous market, BAT has been quite stable. The price of one BAT remained constant in 2018 and 2019, indicating its future potential. The majority of the time. The Basic Attention Token is a utility token that is utilised on the Brave browser, which has seen a spike in use since 2019. As a result of all of this, BAT is one of the most popular cryptocurrencies.

Ready to invest in cryptocurrencies?

Read the article below and the following three main steps to help when you are ready: